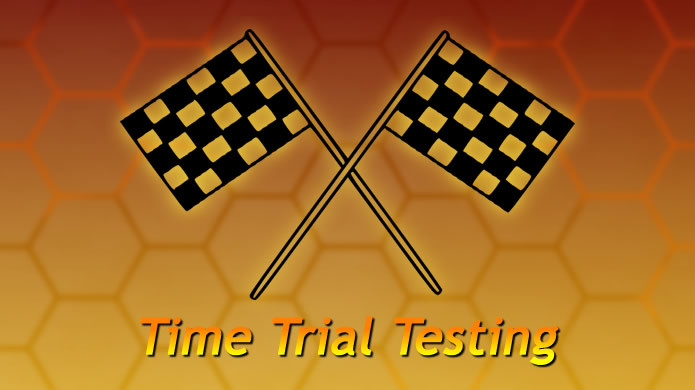 Introduction: Recently, Brian Kurtz and I thought it’d be fun to take a look at a process, tool or model within the testing industry at least once per week and use them on a specific feature or product to create a test strategy within a time-box of 30 minutes. Once complete, we draw conclusions letting you know what benefits we feel that we gathered from the exercise. We’re calling this our “Time Trial Testing” series (working title) for now, so if you come up with a better name let us know. We hope that you can apply some of the information we’re sharing here, to your daily testing routine. Remember, you can always pick and try out a Testing Mnemonics from this list and see what works for you. Be sure to share your own conclusions, either on Twitter or post a comment here, so that your findings can benefit the larger community of testers.

This week, we decided to tackle the SFDIPOT model, created by James Bach and updated later by Michael Bolton. This is actually a revised version of the Product Elements node within the Heuristic Test Strategy Model (HTSM X-Mind), explained here: http://www.satisfice.com/tools/htsm.pdf#page=4

So, in our 30-minute session, we decided to use this model on Evernote. Yes, the entirety of Evernote; we’ll explain later why that’s was a bad idea, but we forged ahead anyway, for the sake of scientific exploration. Brian and I worked on this separately from 3:00-3:30pm, then came together from 3:30-4:00pm to combine notes and our piece our models into one larger mind-map that ended up being more beneficial to our test strategy creation than either of our models would have been on their own. The following image was created from this collaboration, and below is the post-timebox discussion where Brian and I talk about the realizations and benefits of what we found using this model.

We realized about halfway through that we took on too much. We should have picked a specific feature or module, so that we could be much more focused and make great progress in one area rather than mediocre progress on the whole. In other words, don’t stretch yourself thin as a tester. Also, doing features/modules in smaller bite-sized chunks, then allows you to put them together later like a puzzle into a much larger and more complete mind map, allowing you to create a more valuable test strategy.

We hope this exploration exercise has helped, and look forward to posting many more of these episodes in the future. Please leave a comment and let us know your thoughts.